This  experiment  was  conducted  to  determine  the  corelation  between  estrous  intensity  and
increasing  conception  rate  which  is  resulted  from  artificial  insemination  at  local  buffalo.  For  that
purpose, 15 local female buffaloes belong to farmer in Lampu’uk Kuta Baro Aceh Besar,  were used. The
buffaloes  were  divided    into  two  groups  randomly,  which  consist  of  five  buffaloes  for  control  and  ten
bufflaoes  for  treatment  groups.  The  first  group  were  not  given  any  treatment  and  performed  the  estrus
naturally,  while  the  second  group  were  synchronized  the  estrous  time  with  CIDR-B.  Insemination  in control group were carried out base on request from the farmer to the inseminator, whereas in treatment group,  the  insemination  were  done  24  hours  post  removing  of  CIDR-B.  The  measurement  of  estrous intensity  were  done  during  insemination  time  using  scoring method  developed  by  Eerdenburg  et  al
(1996).  The  pregnancy  detection  were  done  on  the  inseminated  buffaloes    21  days  post  IB  through  no
return  estrous  observation  and  rectal  palapation    90  days  post  IB.  The  result  showed  that  there  were significant increasing of  estrous intensity in treatment group  (15.80+5.02) compared to control group (2.60+4.34). The correlation between estrus intensity and pregnancy percentage showed the  significant correlation (r=0.553). 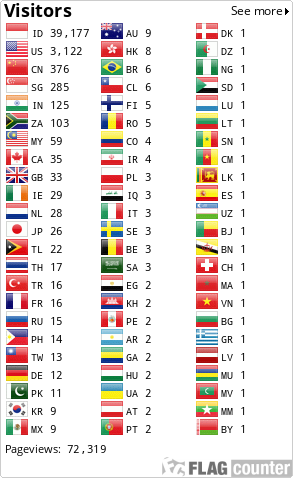