Teak is the forest species with the highest economic value in Indonesia. It is especially important to many villages in Maluku Province.In order to manage for maximum profitability we need to first understand the pest species attacking this valuable tree species and to determine how much damage is caused. species were identified, and the intensity of pest attack determined.We identified two species acting as major pests;the lady bug , (Coccinella magnifica) and the snoutbeetle(Orchidophilus aterrimus ).The snout beetleand the lady bug were associated with severe damage on 64% and 56% respectively of the  trees sampled although the intensity of damage was low to medium 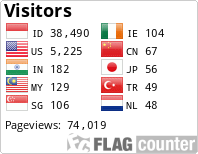